JOHANNESBURG – Former social development minister Bathabile Dlamini has asked the Johannesburg Magistrates’ Court for some leniency over the sentence she should receive for lying under oath.

On Wednesday, March 9, Dlamini was found guilty of perjury after the court determined that she lied and provided false testimony during an investigation into the 2017 SASSA debacle. Millions of grant recipients live in uncertainty as to whether or not. they would not receive their subsidies.

Dlamini’s legal representative, attorney Tshepo Mphahlane, made submissions to the court following the guilty verdict, asking the court to consider a lesser sentence for Dlamini since she is retired. Her lawyer said Dlamini is also a single mother who survives on an income of R110,000 per month, according to SchedulesLIVE.

Mphahlane broke down Dlamini’s monthly income and said she earned a salary of R70,000 from the African National Congress Women’s League and an additional R40,000 pension as a former MP.

Mphahlane stressed that with the income Dlamini receives, she has to take care of her immediate and extended family. Mphahlane added that Dlamini is paying the tuition fees for her two daughters aged 19 and 26, both at university. 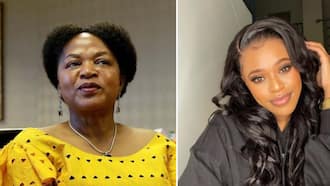 He went on to say that the R70,000 salary was not guaranteed as the ANCWL will be conferring in the coming months and she may not be re-elected as President.

State Attorney Matthews Rampyapedi told the court that a jail sentence for Dlamini’s actions was not a far-fetched proposition. Rampyapedi further stated that perjury is a serious offense and the whole point of the case was liability, reports IOLs.

Rampyapedi went on to say that if the court felt a prison sentence was too harsh, then Dlamini should be heavily fined for her offence.

South Africans react to Dlamini asking for leniency from court

“April Fools! But seriously, Madame will be getting a generous 5.5% raise which dates from the Government Employees Pension Fund on her ex-MP pension R 50k pm. And she gets R 70k pm from the ‘ANCWL. pot of porridge, too bad. Maybe his sister Dlamini Zuma can help. 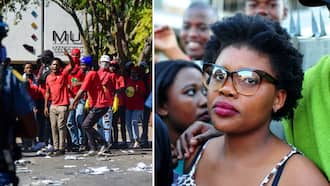 “The shame man shows we are all hurting together, some have it worse than others, but phew only 110,000 rand what a tragedy…”

“I don’t understand this approach to mitigation. I understand a single mother caring for two elderly parents, but ingenaphi isalary? Ningandithuki, I don’t know anything about the law.”

“If we want to be fair and lenient, she should at least pay a 10 million fine or face jail time.” 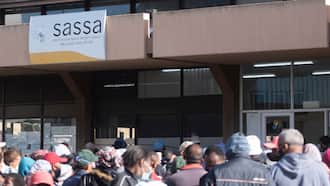 During a 2017 investigation into the social grant crisis at the South African Social Security Agency (Sassa), Dlamini was later accused of lying under oath, leaving millions of grant recipients wondering if they would one day receive their money.

Magistrate Betty Khumalo, who presided over the case, said the prosecution had proven beyond a reasonable doubt that Dlamini had in fact lied during the investigation, according to News24.

Citizenship and social development are a matter of nonchalance