Using social protection to invest in people in a changing world

Indonesia, an early adopter of the HCP, is among many countries around the world using social safety nets to help around 10 million of the poorest and most vulnerable people. The country’s two main social assistance programs, the Keluarga Harapan (PKH) and Bantuan Pangan Non-Tunai (BPNT) programs, are part of the government’s commitment to accelerate investments in human capital through programs such as as the Strategy to Accelerate Stunting Reduction (STRANAS). .

PKH provides conditional cash transfers and resources to encourage positive behaviors: eligible families receive a payment to help cover necessities such as food, on the condition of sending their children to school and bringing them for exams regular health. This resulted in an 11 percentage point drop in stunting, which is crucial because children who are too short for their age due to undernutrition suffer from health and lifelong learning deficits. The program also increased primary enrollment by about two percentage points, with a nine percentage point increase in secondary. World Bank funding provides $200 million in support of the $1.8 billion-a-year program.

Egypt also uses social protection programs to help its most vulnerable. The Takaful and Karama (“solidarity and dignity”) program was launched in 2015 with $400 million in funding from the World Bank and, as in Indonesia, income support for families is conditional on keeping children in school. school and access to health care. But the Egyptian program also extends assistance to the elderly, offering poor citizens over the age of 65 a small unconditional monthly pension. To date, Takaful and Karama have benefited over 9 million people, or around 10% of the Egyptian population.

The World Bank Group is rapidly expanding its investments in social protection and, under the recently unveiled Human Capital Plan for Africa, it sets ambitious targets, such as increased safety nets and skills training , by 2023. And while the number of social safety net programs in the region has grown rapidly, most of Africa’s poor and vulnerable people are still not covered. In fact, a new report on realizing the full potential of social safety nets in Africa found that only 10% of all Africans are covered and poverty rates are higher than coverage rates in most regions. . The HCI also finds that, on average, Sub-Saharan Africa is only realizing 40% of its human capital potential – the lowest score of any region – and 25 of the bottom 30 countries in the index are in Sub-Saharan Africa. .

Currently, the Bank’s portfolio for social protection in Africa stands at over $7.8 billion across more than 50 projects, representing 12% of Africa’s support from the International Development Association. (IDA), the World Bank’s fund for the poorest. 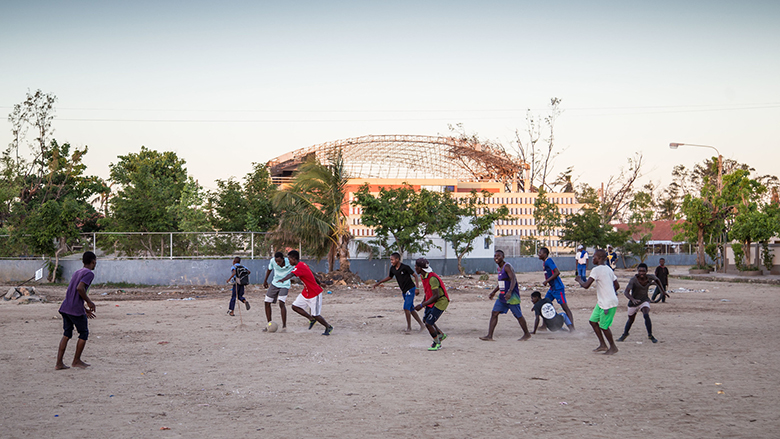 Young boys play football in the town of Beira, Mozambique. In the background stands the Catholic Church of Macuti with its roof destroyed by Cyclone Idai. Photo: Sarah Farhat/World Bank

Known as “adaptive social protection,” these programs help protect a country’s human capital investments by building resilience, so that vulnerable people do not fall deeper into poverty during difficult times. As a result, social protection measures often sit at the crossroads of humanitarian and development response, as safety nets have become a critical means for governments to provide rapid and direct support to affected populations.

As a result, they allow households to keep children in school and provide adequate shelter and nutrition, like when the Bangura family’s house burned down in their coastal village in Sierra Leone.

In 2016, Southern Africa experienced the worst drought in more than 30 decades, with 32 million people facing food insecurity. It has also led to increased levels of malnutrition and difficulty accessing water, leading to higher dropout rates and increased rates of communicable diseases, brought on by urban migration.

In response to this humanitarian crisis, the governments of Lesotho, Madagascar, Malawi and Mozambique have made critical efforts to expand their safety net programs to help ensure coverage of affected populations, with support from the World Bank. In the case of Malawi and Lesotho, the two countries decided to scale up pilot safety net programs nationwide. In March this year, Cyclones Idai and Kenneth affected millions of people in southern Africa and claimed more than 1,000 lives. To aid recovery, World Bank Group President David Malpass announced $700 million in assistance for the three worst-hit countries – Mozambique, Malawi and Zimbabwe – covering more than 105,000 households. affected by emergencies. 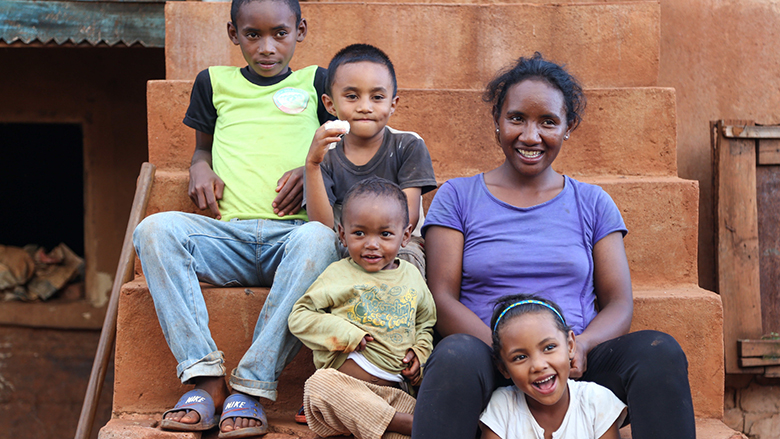 Chantal is a 30 year old single mother. She lives with her four children in a small village in the district of Betafo in Madagascar. She is a beneficiary of the IDA-funded social safety net program through which she receives a monthly allowance. The money helps her buy food for her family and invest in crops and small animals for extra income. Photo: © Sarah Farhat/World Bank

And in Ethiopia, the Productive Safety Nets Program (PSNP) – one of the largest cash transfer programs in the world – regularly provides cash or food to beneficiaries in exchange for land restoration work, irrigation and agroforestry. During the 2016 drought in the Horn of Africa, Ethiopia’s PSNP, along with Humanitarian Food Assistance (HFA), was expanded to temporarily cover 18.5 million people – 20% of the population – in order to avoid a famine and to protect them from poverty. Each year, the PSNP protects 8 million beneficiaries of the basic program and up to 2 million people in a situation of transitional food insecurity (about 10 million in total) thanks to its scalable instrument.

The employment agenda is at the forefront of the HCP. Every month, two million new young people join the labor force, a challenge compounded by the fact that 200 million people are unemployed and looking for work. Of those who work, 65% are stuck in low-productivity jobs.

The World Bank is scaling up support to meet countries’ demand for more and better jobs, and has more than 580 active jobs-related projects to date, with investments totaling $75 billion. dollars.

These investments are helping low-income countries with large youth populations address important challenges so that young people have the tools to lift themselves and their communities out of poverty. In Liberia, for example, more than 60 percent of the population is under the age of 24 and most people earn their day-to-day income as day laborers or by trading in local markets. In 2017, the World Bank launched the Liberia Youth Opportunities Project to provide young people with business training and income support, while connecting them with mentors in the community. To date, some 2,000 women between the ages of 18 and 27 have already opened or expanded more than 500 businesses, accumulating savings to invest in their future and, in doing so, contributing to the stability and prosperity of their country.

“Before receiving the training, I did nothing. Today I can earn money. I can do it all on my own,” said Sonnie Barrie of the United Girls Business Group, which received funding from the project.

Can MGNREGS work as a social protection scheme for women in heat-stressed areas?